DrupalCon Asia: My D8 With The Drupal Community

“The best open source community on the planet,” proclaimed Danese Cooper during her keynote on Saturday. After witnessing the energy, enthusiasm and camaraderie at the Drupal Conference over the weekend, we had to agree with her.

DrupalCon Asia was held February 18-21st in Mumbai, India. Held over 4 days, the conference concentrated on summits, contribution sprints and mentoring, apart from the usual keynotes and talks. It was a celebration of all things Drupal: From contribution to case studies to the advantages of Drupal 8. Add to that free tshirts, giveaways, large quantities of food and tons of great people – Well, we had everything we needed for one amazing conference.

Dries Buytaert, the man behind Drupal and the driving force behind the community gave a keynote on the second day of the conference. The first day had been dedicated to training and summits (categorized as Business, Government or Education). 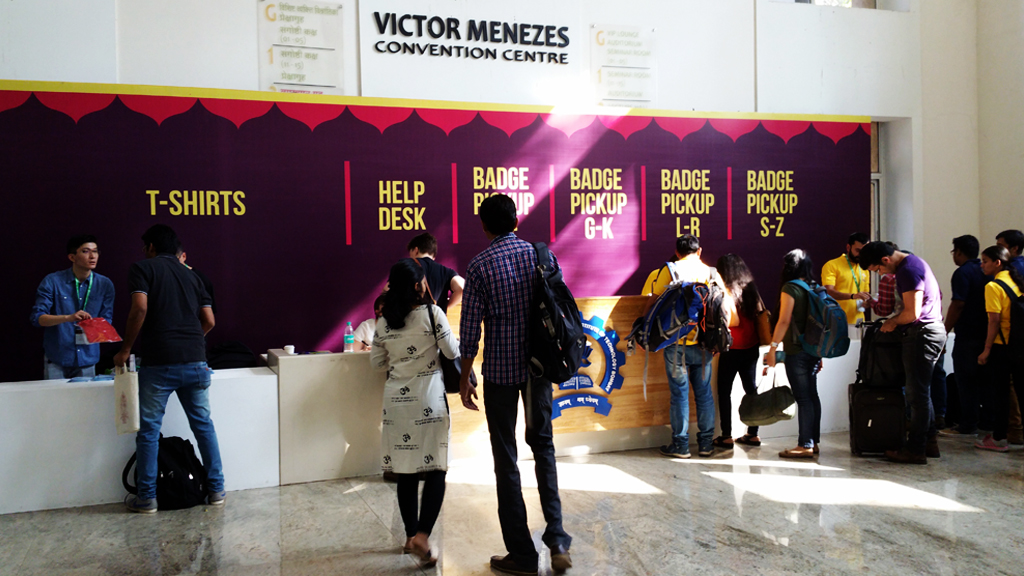 Driesnote, as the keynote was called, touched upon a variety of topics and was notable for the balance it had between content and duration. The talk highlighted Dries’ view of Drupal’s role for both changing the world and its need to adapt to the changing world.

With the future defined by mobile phones and browserless interactions between businesses and end users, he stressed that Drupal had to adapt to also be a headless content-management-only platform.

The highlight of the talk was when Dries called 2016 the Year of the Fourth Industrial Revolution. He predicted that this revolution (called the Digital Revolution) will have a faster and greater impact on the world than the other three (powered by steam, electricity and integrated electronics). Dries envisions this revolution to touch everyone’s life on the planet.

The other keynote in the conference was delivered by Danese Cooper. Danese presented on the history and current status of Open Source in India. The keynote was followed by a Q & A session where Danese answered questions on how to drive open source contributions and how important it is for companies to embrace and encourage Open Source software development.

Danese mentioned that open source is winning in India and that the concept should be more natural to the people of the country, as it is similar to the concept of ‘Seva’ (Service) to others. She informed us that the first Linux download took 41 floppy disks to store. She went on to talk about the people who are still working with the government for changes in policy so that open source software is not curbed by big players, like Microsoft. Danese mentioned that a concept like ‘Code for America,’ where companies build systems based on open source technology for municipal agencies for nominal sums of money is needed in India to develop the infrastructure and move the country forward.

She waxed poetic about Drupal. She called the community open, kind and welcoming. She also reminisced about meeting Dries back in 1999 (‘Baby Dries’, as she called him) and how he envisioned the open Drupal community even then. 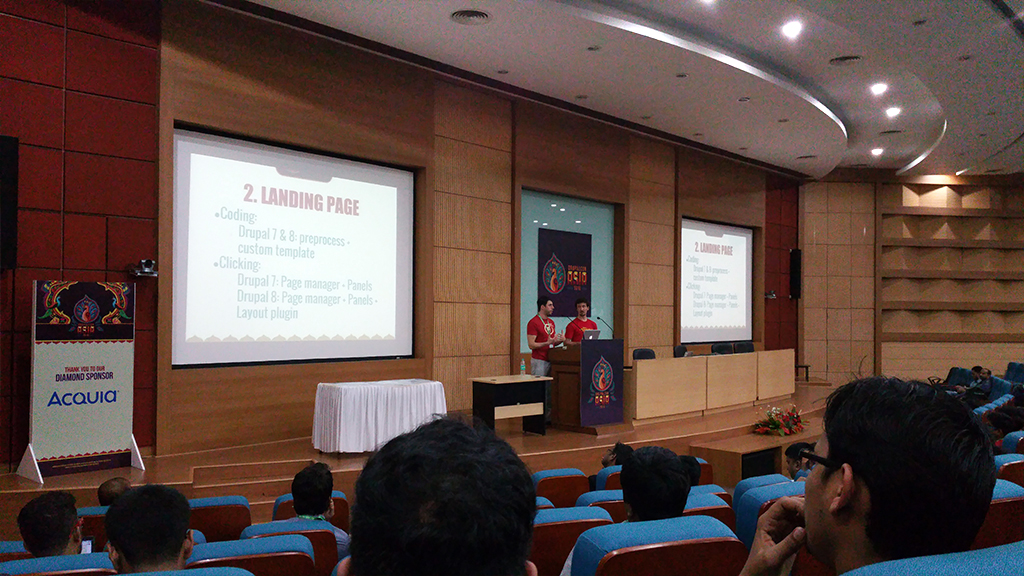 The main talks on the second and third day were all set up for a variety of topics. Sessions were set up for everything needed for a Drupal Project, from estimation, to project management, hiring interns, outsourcing and project management. For the developers there were sessions on contributing to Drupal modules, case studies on projects, discussion on new ideas like decoupling, new features like headless Drupal and even testing with Appium.

One thing that permeated the conference was a tangible sense of community. Everybody was positive, happy and just excited to be there. There were mentors for the sprints and trainers everywhere, but there were also impromptu sessions in the corridors.

The numbers are proof for the great event. There were 1,025 participants from 32 countries, with more than 80% there for their first DrupalCon. Everybody together ate almost half a ton of rice and took so many selfies with Dries that he probably felt like a Kardashian. We at Innoppl are still processing the event. Apart from the massive knowledge that we gained, we were also able to meet fellow community members willing to work together to contribute to Drupal in Chennai.

Stay tuned for further news on our events!