Day 2 of DrupalCon began with all of us in high spirits. With DriesNote (the keynote by legendary Drupal founder Dries Buytaert) in the morning and several Drupal pros scheduled to talk on various stages for rest of the day, the turnout was higher than Day 1. 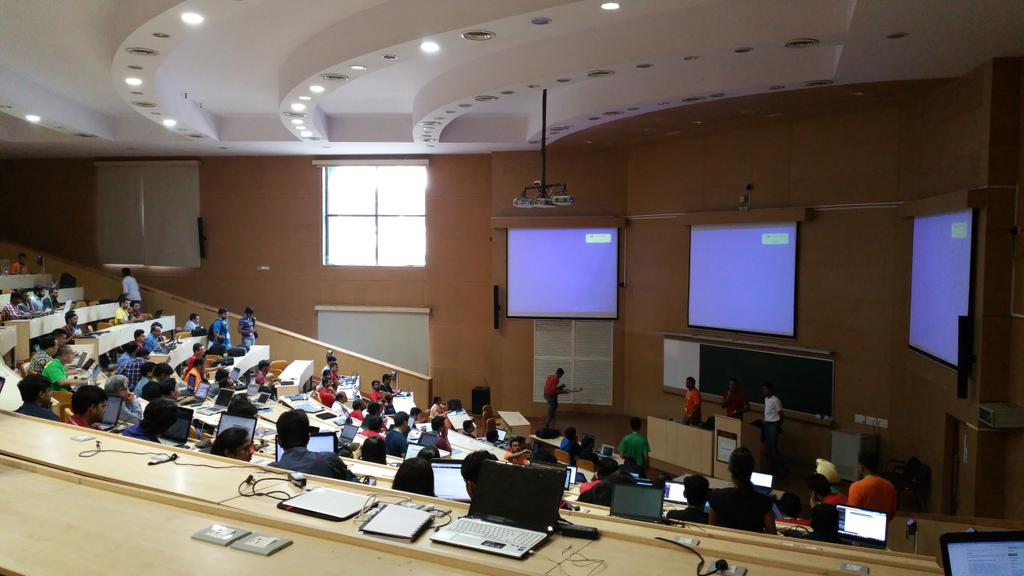 We were under the impression that Day 1 was big. Day 2 showed us just how wrong we were. Even as the attendees were finding their way to the convention center, getting their breakfast or just waking up to the day, prenote celebrations had begun. Yes, you read that right. We were dancing to the viral ‘Why This Kolaveri?’ except that we’d changed it to ‘Why This Delivery?’ We had all the contributors come up on stage with colorful turbans and go crazy. And we had Hindi tongue twisters. And everyone just had a great time. Drupal is only as strong as its community, and the community is definitely very strong. And fun!

Holly then took to the stage and spoke about the Drupal Association and their immense contributions to the community, as well as about the steps being taken to identify and help incoming community members.

Then came the most anticipated event: Dries’s keynote speech, the DriesNote. 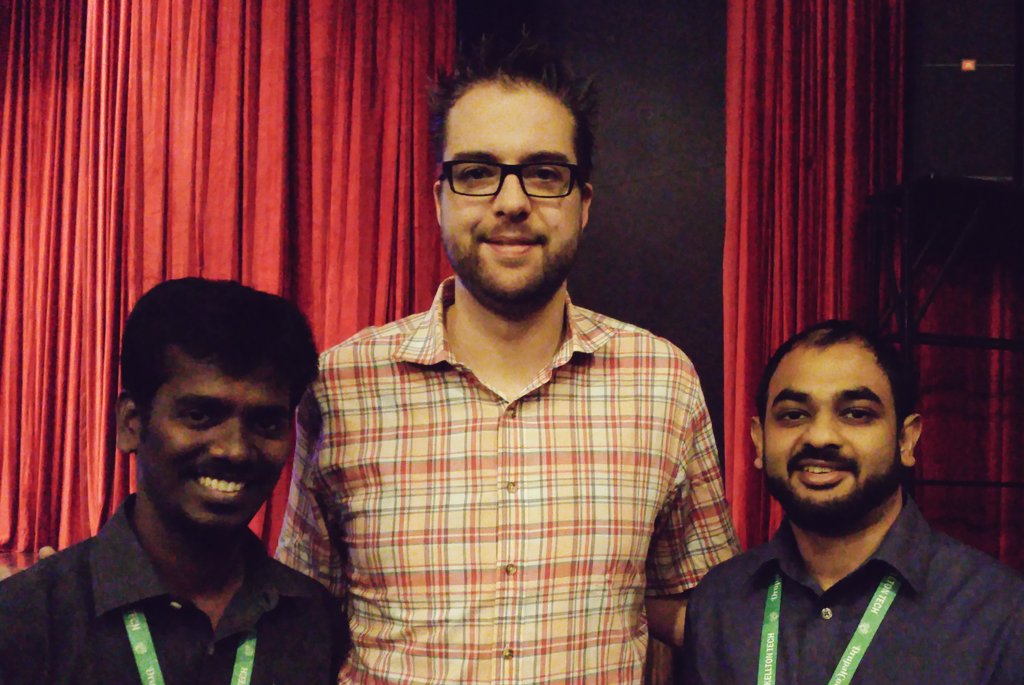 After a short introduction on how Mumbai was chosen to host the conference, Dries took the stage, presenting a keynote that was exceptional in its clarity of thought.

Dries started with the account of his previous visit to India in 2011 and how he sees India impacting the adoption of Drupal around the world. He also had everyone excited when he said that India is a big enough contributor now that it might get its very own DrupalCon soon!

Dries then held forth on Drupal’s contribution to the future of the Internet. He predicted a massive disruption ahead with Open Source Software and how technology will touch everyone’s lives soon.

“The year 2016 is the year of the 4th industrial revolution,” he said. The first three, if you’re curious, happened with the invention of steam engineering, electricity and integrated electronics respectively. “Experts are calling this the Digital Revolution,” he added. 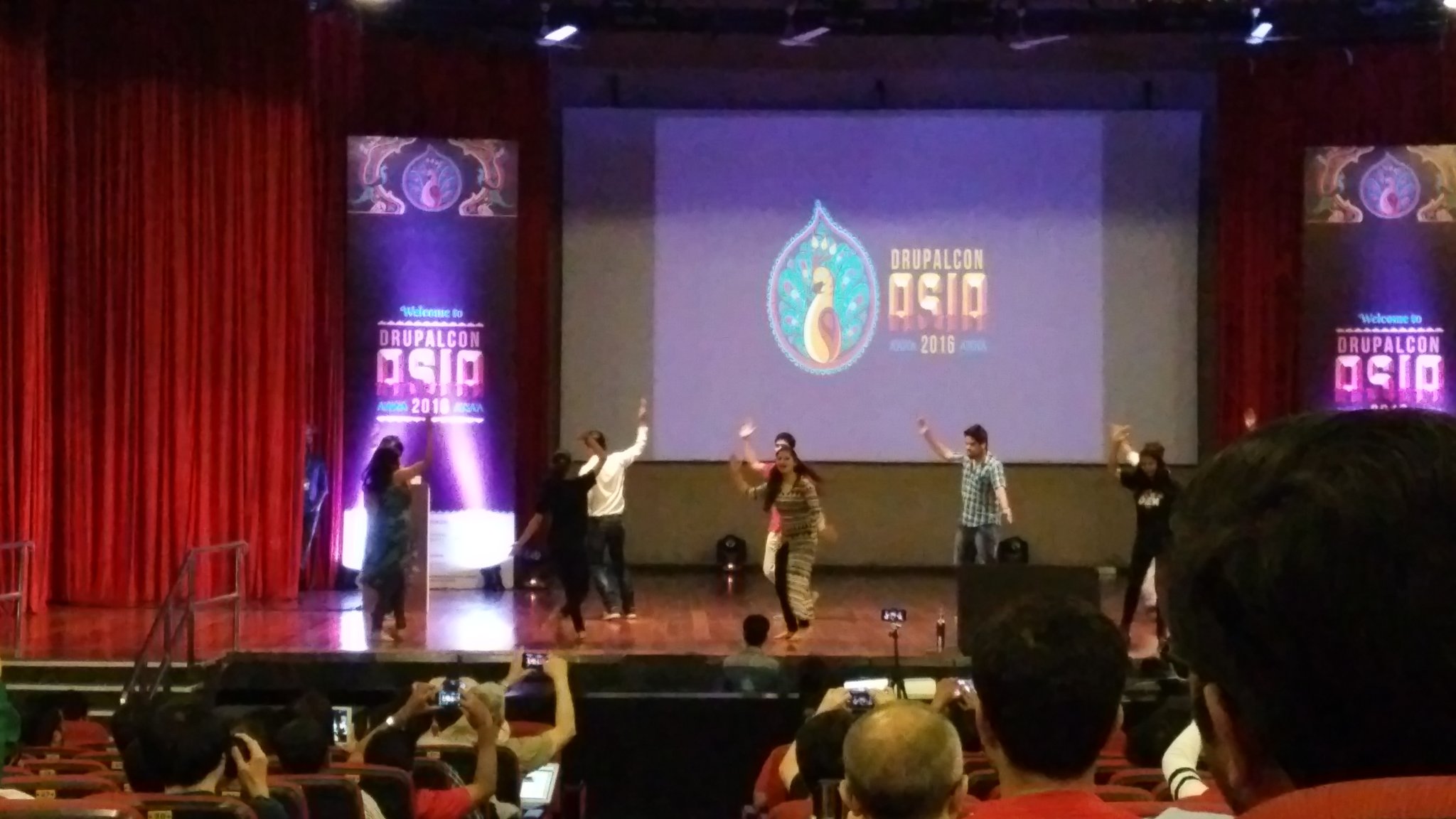 Dries then touched upon the Internet of Things - that mystical, enigmatic thing that nobody seems to understand, yet everybody speaks about. He gave an example of how a company like Philips could reinvent themselves as a security company, with lightbulbs accessing the internet. However, he said that businesses based on the Internet of Things have to deal with the the three-pronged challenge of needing to be Resilient, Secure and Private.

Dries talked about Drupal8 and the new features coming in the next few months. He pointed out the Big Pipe feature that is in the works that will enable developers to build Facebook-like news feeds on their sites. He also discussed how the Association is working to reduce the dips in Drupal adoption between new version releases.

It was eye opening to see Dries’s clarity of thought and how he envisions Drupal’s role in the future. He truly believes that Drupal will touch and change people’s lives for the better. We at Innoppl share the vision and will work towards a better digital future for the world.

DrupalCon Asia: My D8 With The Drupal Community
Mobile India: The Prime Mover of Internet Usage